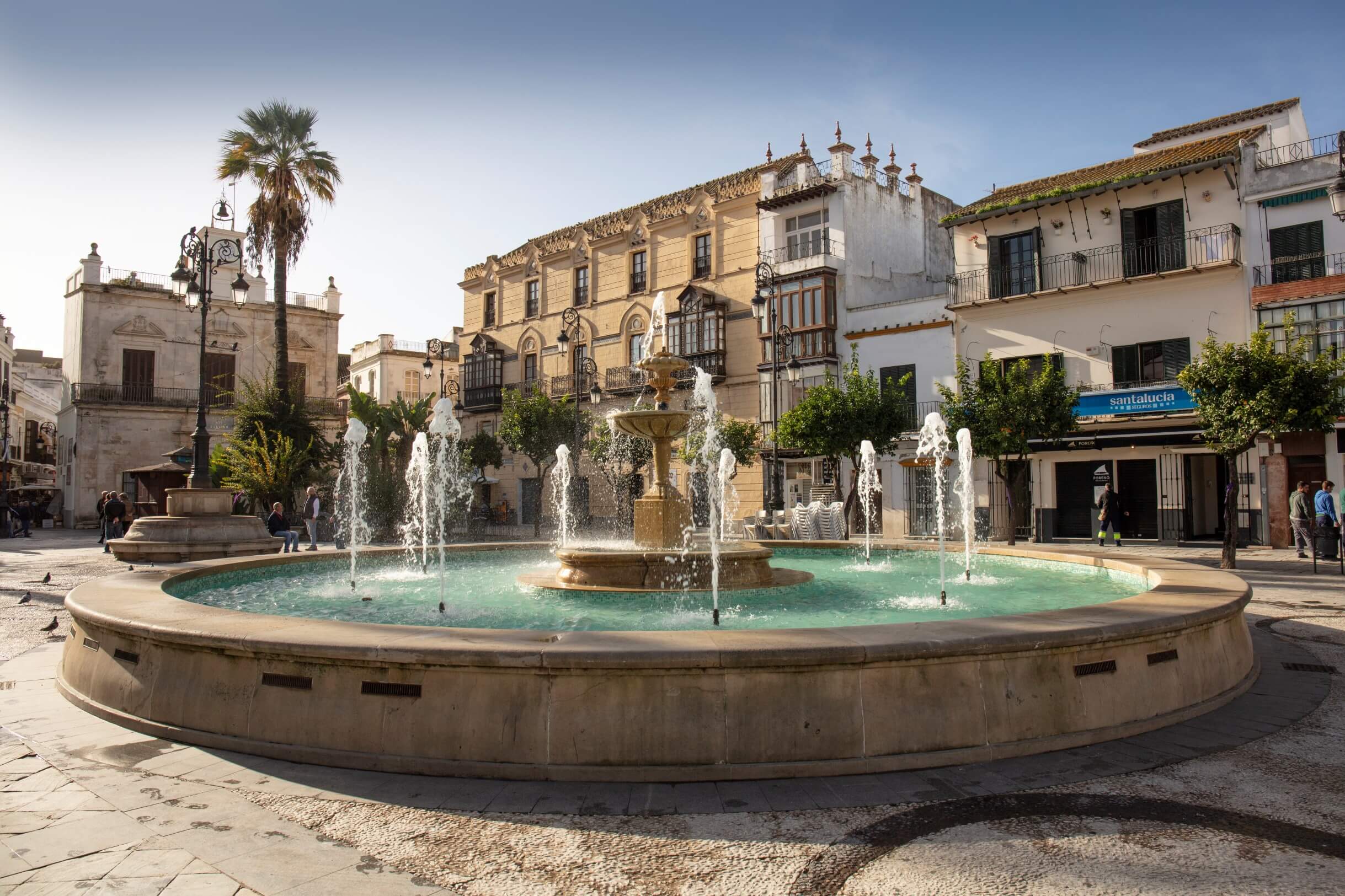 Situated on the left of the mouth of the Guadalquivir river and opposite Doñana, the origins of the first settlement came about because of the building of a Phoenician temple dedicated to Astarté.

This stately town - declared a Historic Ensemble- has an urban design characterised by being divided into two great nuclei: the Barrio Alto and the Barrio Bajo. The Barrio Alto is the historic centre with the town’s monuments, narrow streets, white house fronts and aristocratic palaces such as the Palace of Orleáns y Borbón (beside the Basílica de Nuestra Señora de la Caridad) or the Renaissance Palacio Ducal de Medina Sidonia. Nearby, we can find the Arquillo or Rota Gate, the remains of the Medieval walls, the Santiago Castle (15th century), the Las Descalzas Convent and Nuestra Señora de la O Church.

Going down the Cuesta Belén towards the Barrio Bajo, there is the Auditorio de la Merced, and the 15th century ‘Covachas’ -the best example of Gothic architecture in the town– which decorate one of the façades of the Dukes Palace. On the way to the Church of Santo Domingo (16th century), we find the Church of San Jorge and the Regina Coeli Convent. In the opposite direction, there is the Church of El Carmen and the Capuchin Convent.

To go for tapas in Sanlúcar, nowhere is better than the Plaza Cabildo or Bajo de Guía, the fisherman’s district inundated with restaurants
where you can try the famous king prawns, fried fish and seafood dishes. The steamer “Real Fernando”, which crosses the river as far as the river mouth, allowing the visitor to discover Doñana, departs from the pontoon in Bajo de Guía. 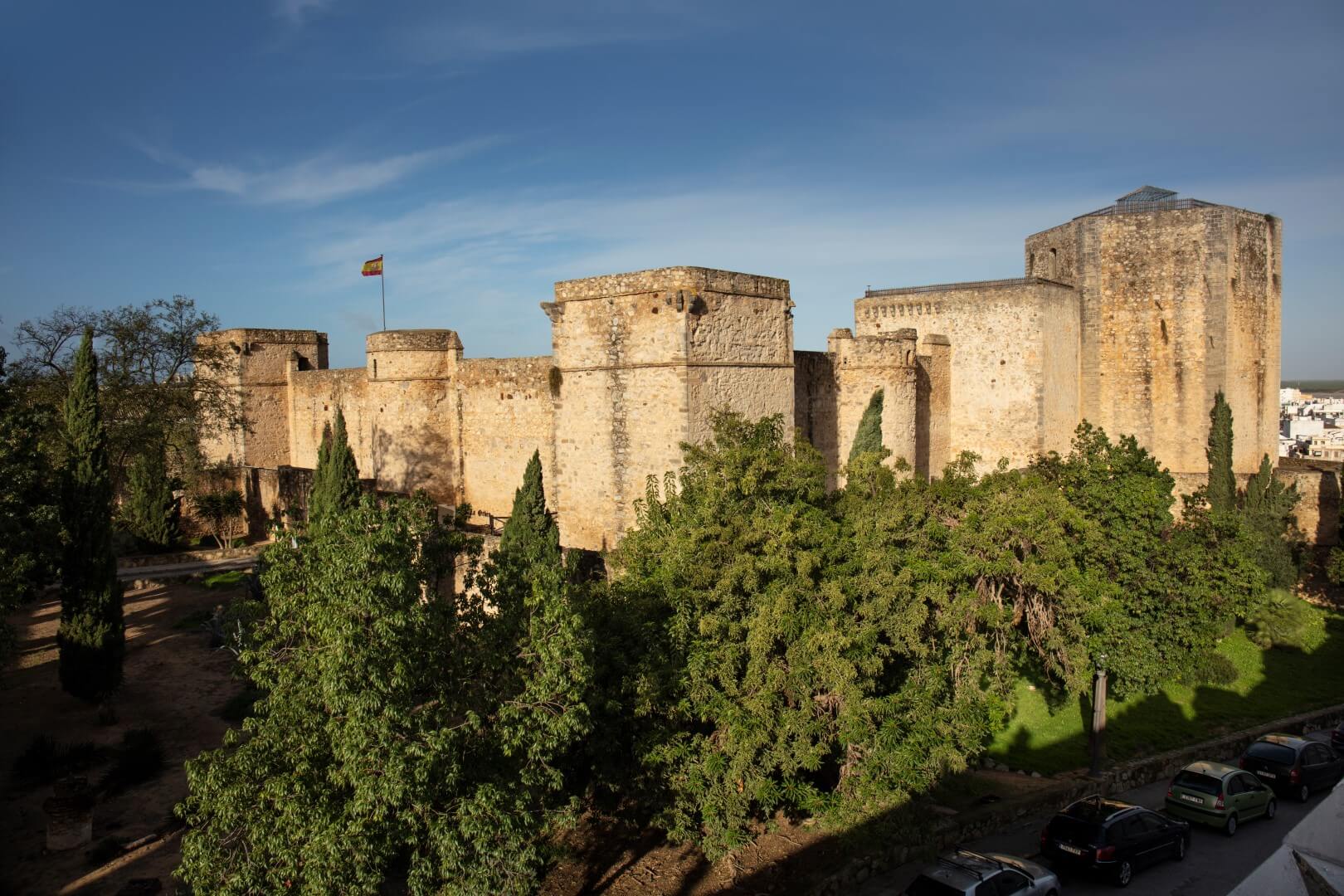 The coast of Sanlúcar has 6 km of beach, the most representative of which are the Bajo de Guía beach, La Calzada, Las Piletas, La Jara beaches and, on the bank of the National Park of Doñana, the Coto beach, also known locally as ‘la otra banda’, the other side.

In Doñana, there are also several of Sanlúcar’s beauty spots: the Pinares de la Algaida and the Bonanza Marshes and Salt Beds are to be found.
The famous Horse Races (International Tourist Interest) take place on the beaches of this town, which were originally started by the aristocracy and bourgeoisie of 19th century Sanlúcar, who were keen to liven up the town’s social life during the summer season. 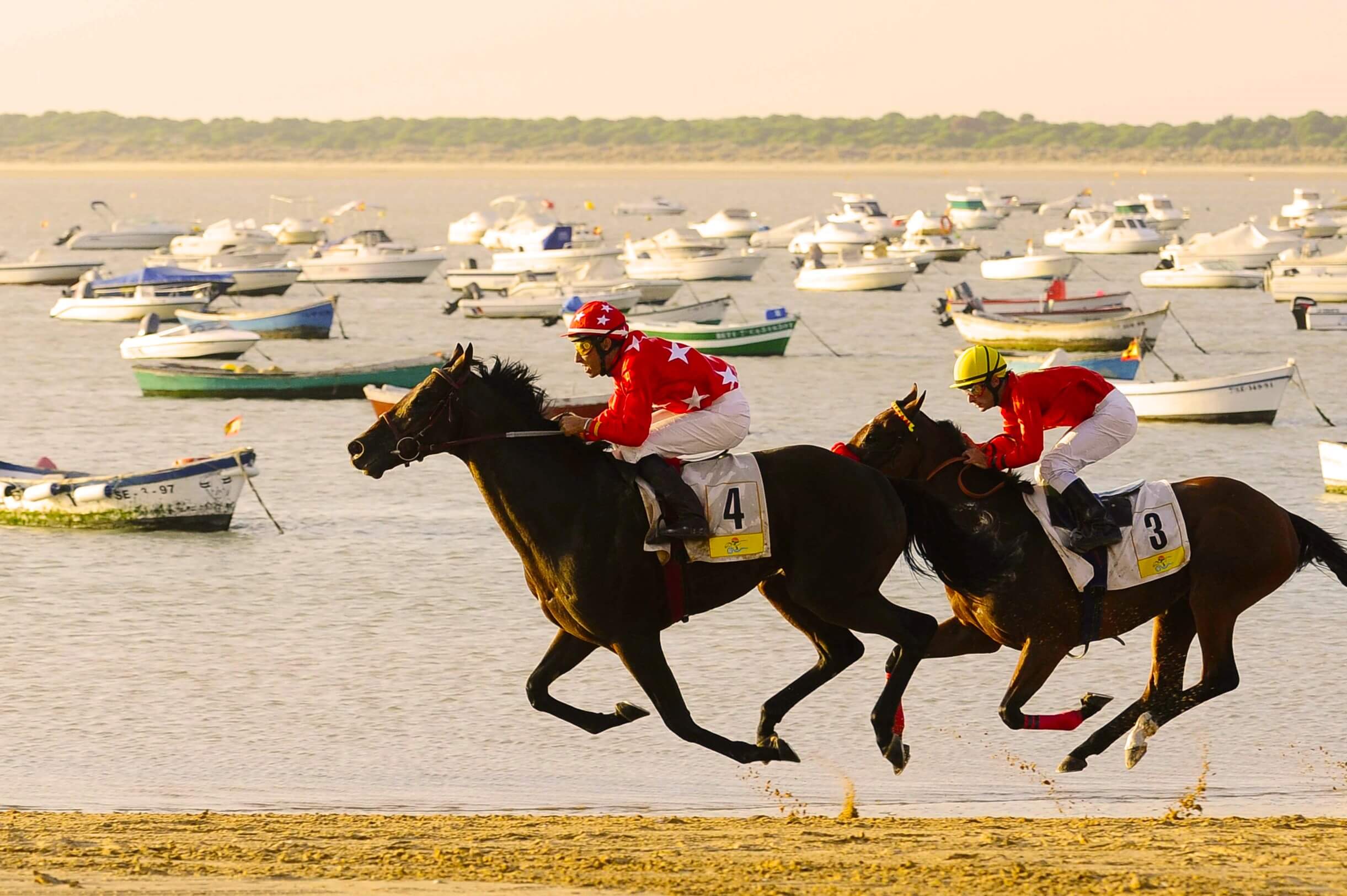 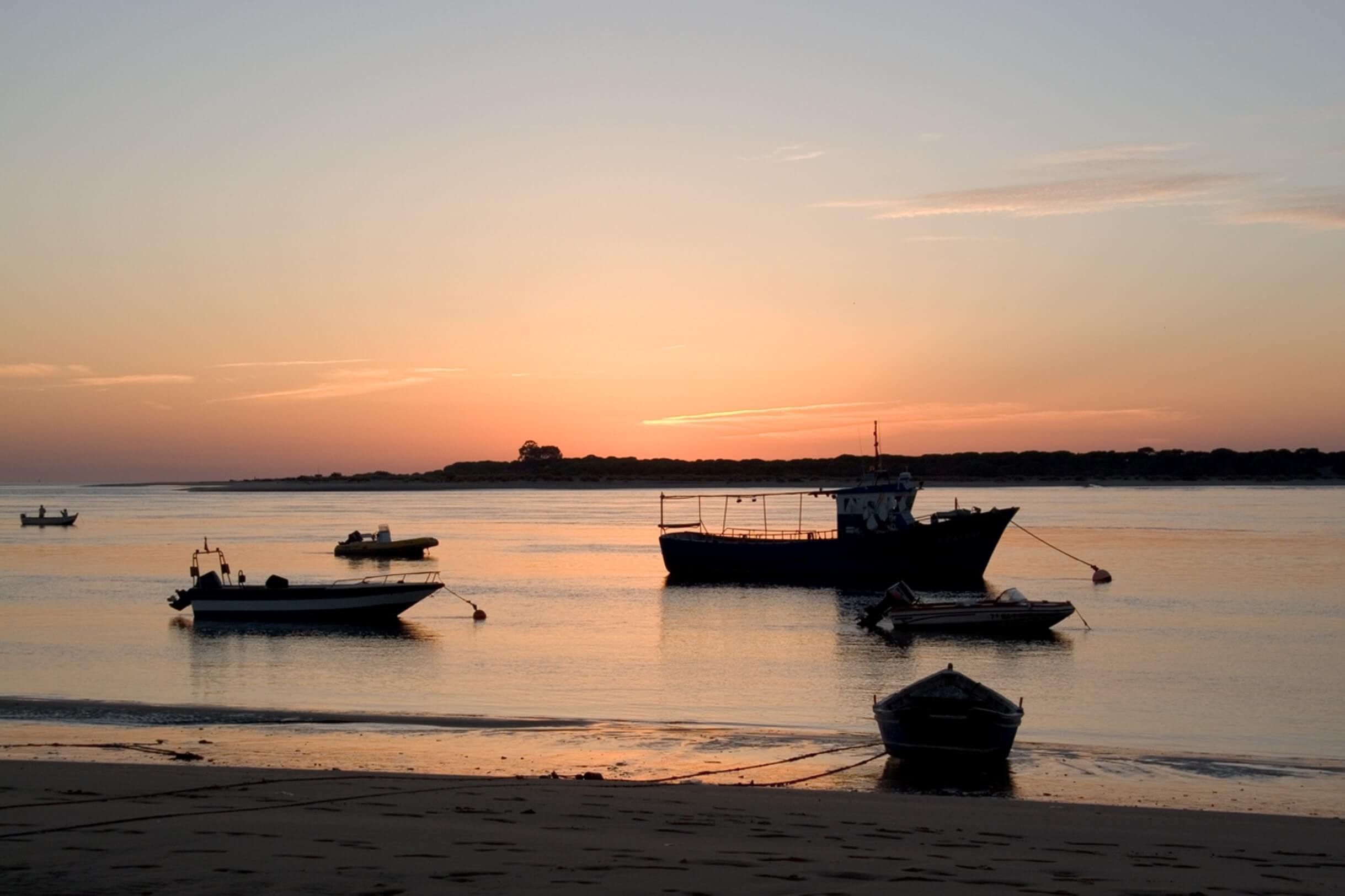 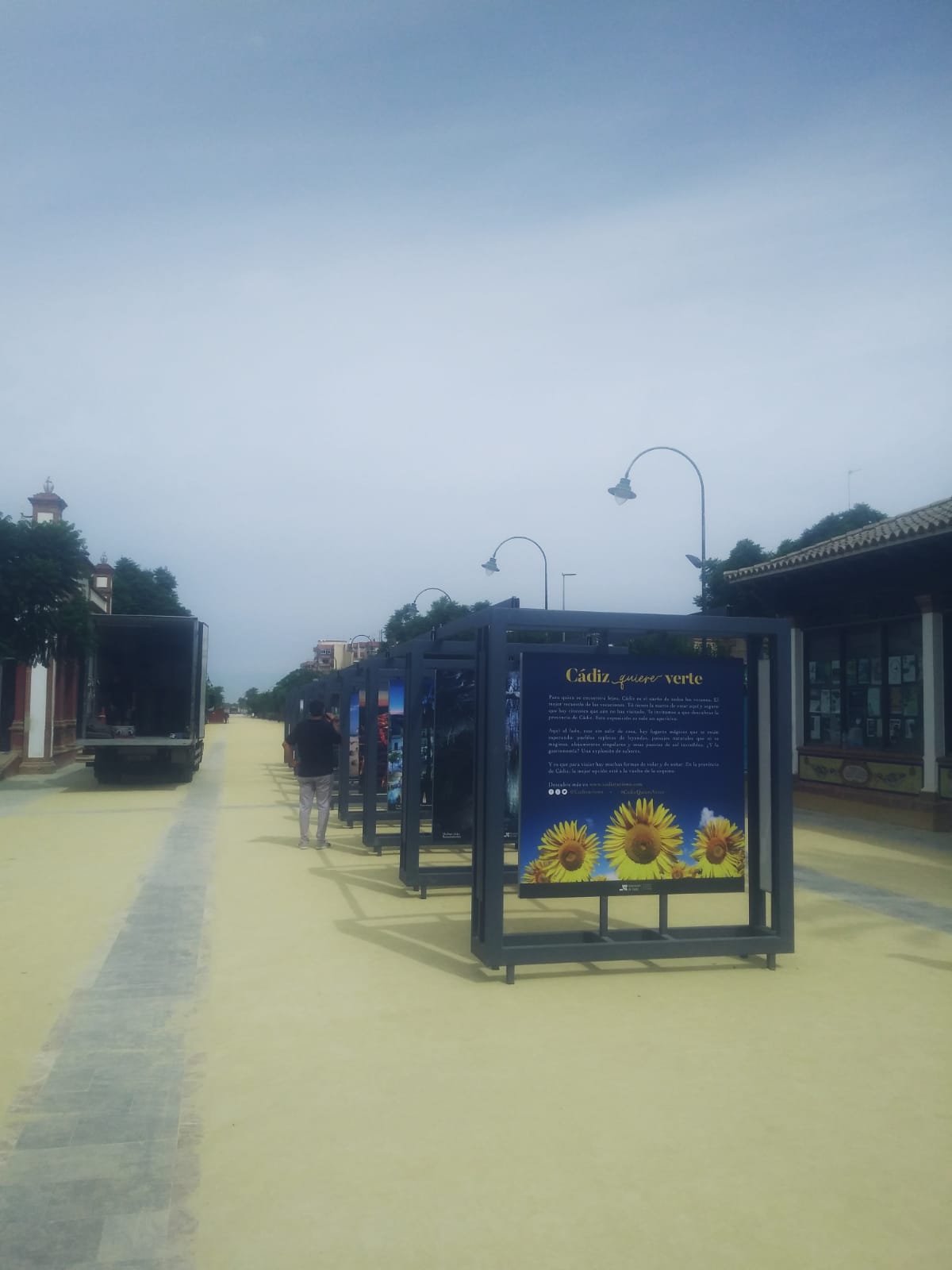