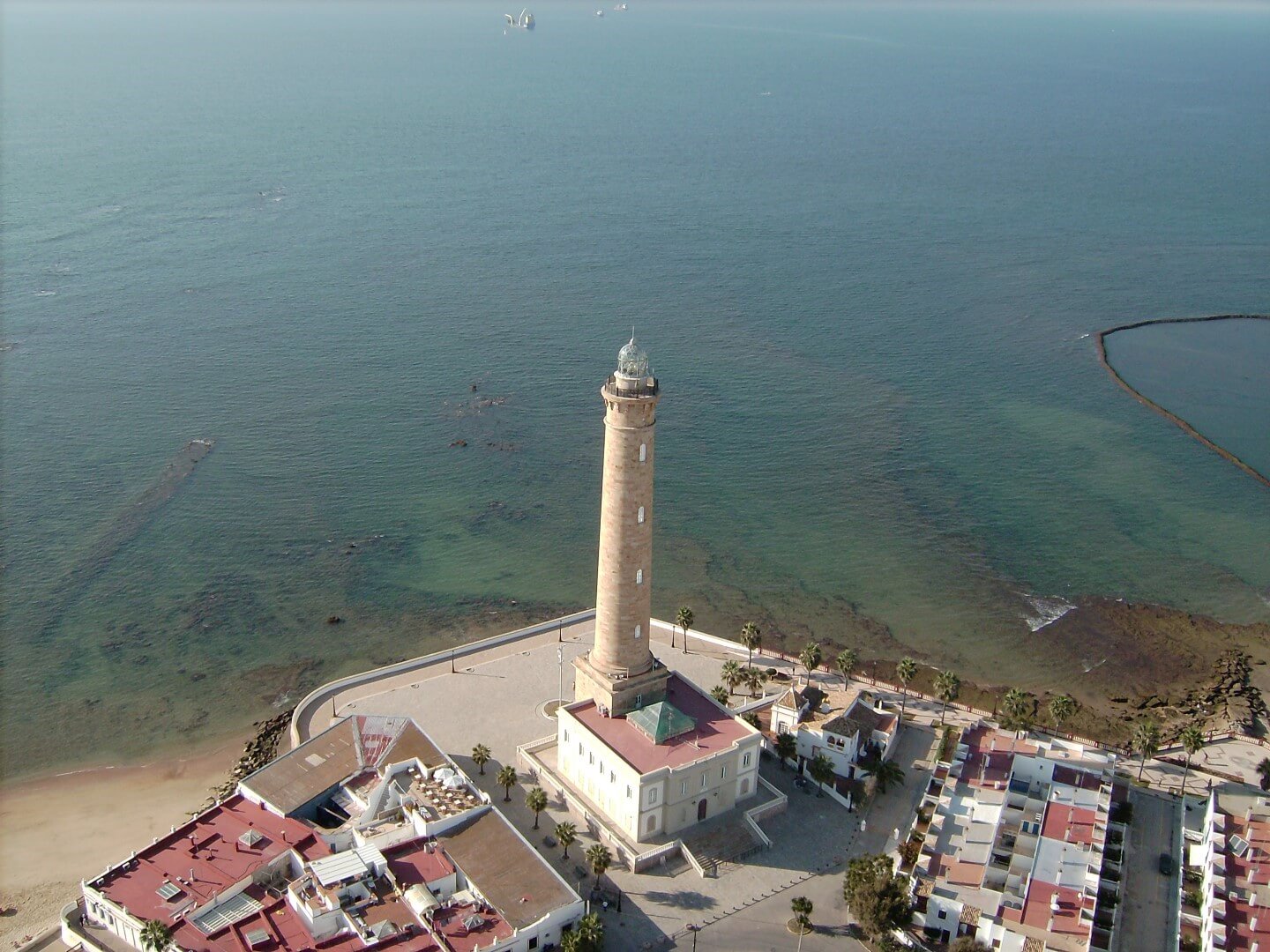 the highest lighthouse in Spain

It is 72 metres high and it is the highest lighthouse in Spain and one of the ten highest lighthouses in the world. You need to climb 322 steps to reach its balcony. But it is not only large, but also beautiful and peculiar because of its spiral staircase. It is aero-maritime because its light beam reaches the same distance both in horizontal and vertical and is used to guide ships and airplanes, reaching eighty miles.

The tourist office of Chipiona Town Hall organizes  guided tours to this guardian of the mouth of the river Guadalquivir, which from its highest point wonderful views  from Doñana to the Bay of Cádiz are offered, through Sanlúcar de Barrameda and Chipiona, with its Monasterio  Monastery) de Regla, fishing corrals and the beaches of Costa (Coast) Ballena.

Nowadays, it is not possible to visit it. Write it down in your agenda for future visits when it is available. 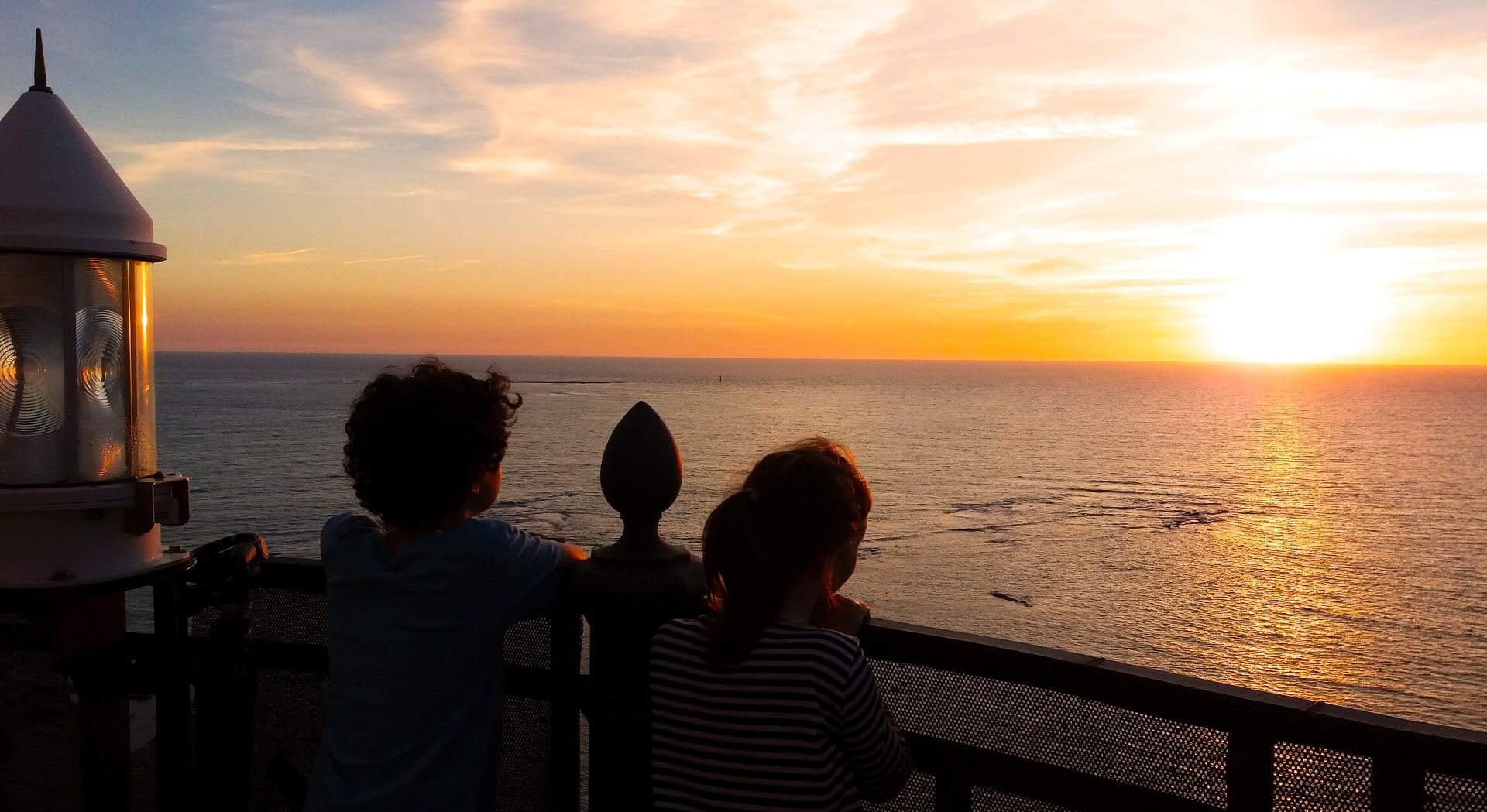 Rebuilt on the ruins of the ancient Roman lighthouse which Quintus Servilius had built to guide sailors towards the Guadalquivir, so that they avoided the dangers of the Salmedina Rock, the cause of many shipwrecks. It stands on Punta del Perro,separating Las Canteras and Regla beaches. Built in 1867 by the engineer Jaime Font. The promontory on which it sits is a magnificent vantage point. 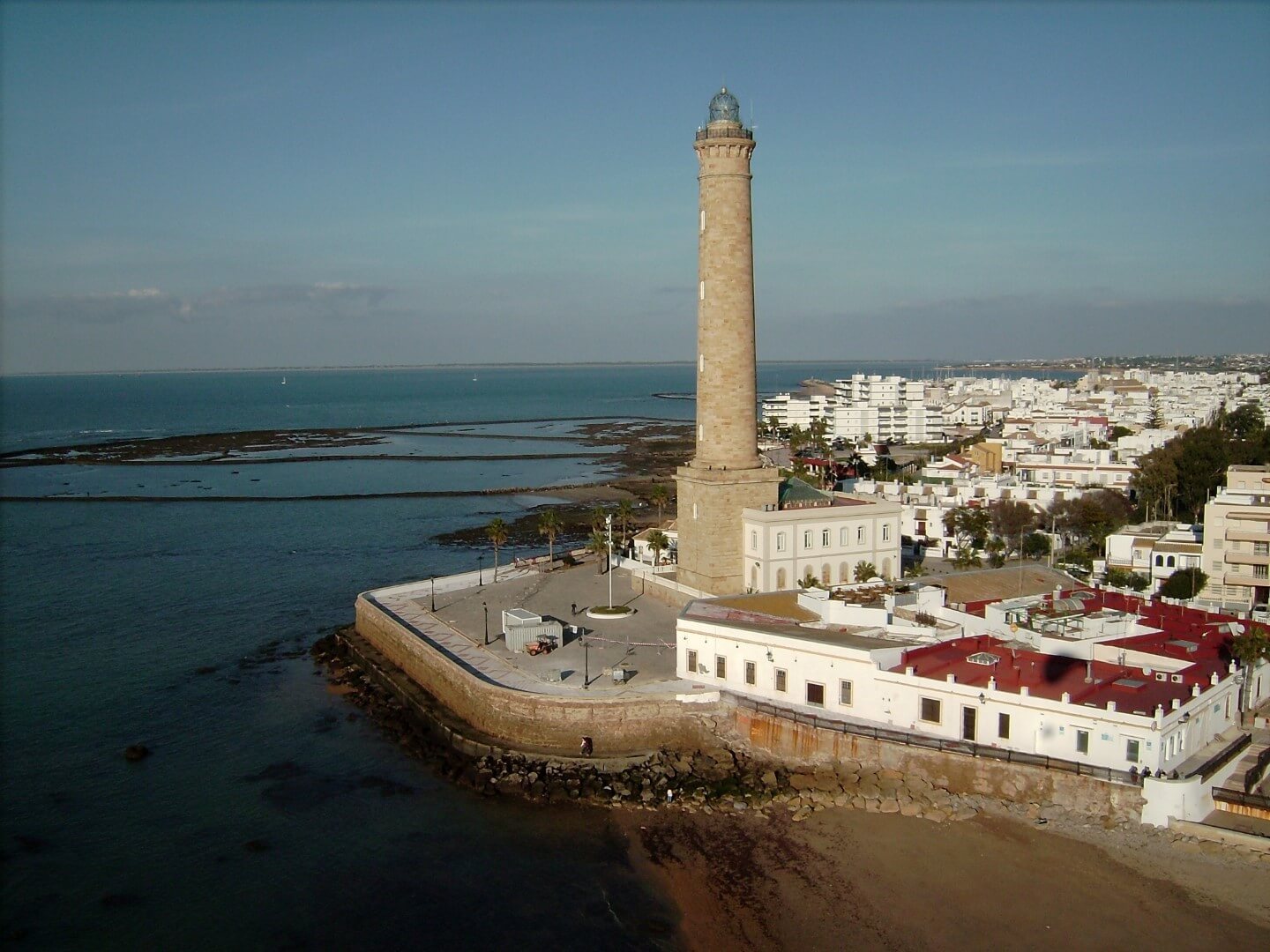