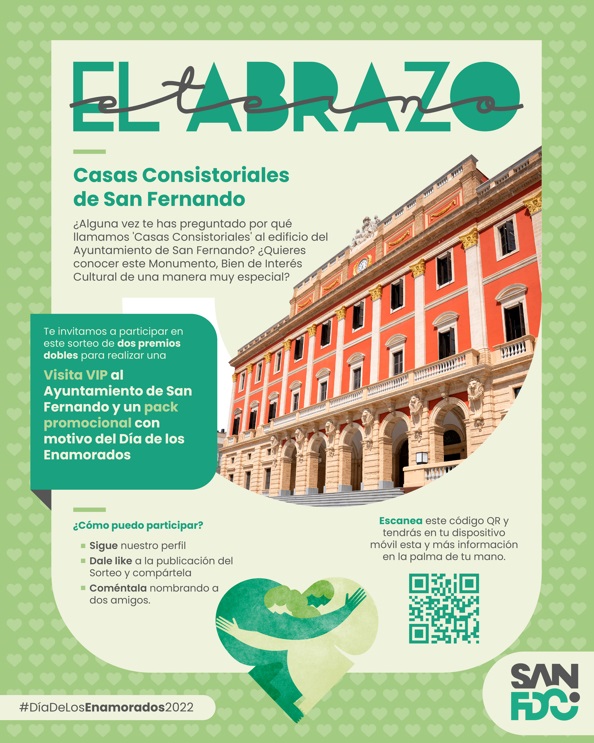 6,000 years of love surrounded by luxury, violence and mystery

The oldest settlement of the Cádiz archipelago organized life and death for its inhabitants.
There are secret loves who fight against time. Two bodies in an embrace against the wind and tide, surrounded by mystery.

In the Castle of San Romualdo in San Fernando you can visit the embracing couple, the star of the exhibition, and a sample of the funerary objects found in the necropolis. Entrance is free.

There are more than a dozen researchers and more than seven European universities looking for answers. Their discovery in July 2007 in San Fernando was only the beginning of a great story within the scientific world and has created great expectations.

Eduardo Vijande, director of the excavation, tells the story of how years ago dirt was being removed in Camposoto in order to build a hockey field and two bodies that would soon be known as "The Lovers” were found, although it is probable that they represent a father that adored his daughter more than a pair of lovers.

What is clear is that the community recognized that they had such a special relationship that it was decided that they should share their fate in this way. DNA tests will have the last word.

"What does seem clear," says Vijande, “is that it is an adult between the ages of 35 and 40 and a girl between 12 and 14." "A couple saved in extremis by archaeologists," adds the director of the archaeological site, “because in 2007, construction work on the hockey stadium caused the destruction of many burial sites until archaeologists arrived and they managed to preserve nearly 80 tombs."

the grave of "Lovers"

Carbon 14 testing have found the age of the community - 6,000 years old - and that this embrace is probably one of the oldest in the world, prior even to that of the Lovers of Valardo found near the Italian city of Mantua and positioned in a similar way.

These two bodies that face each other and are in an embrace have been on display since the spring of 2011 in San Fernando. They have much to say about the future: beyond death, they will reveal what life was like in the Bay of Cádiz 6,000 years ago.

Despite the fact that the grave of "Lovers" is the most renown there, "Every grave counts," says Dr. Vijande, “Each one is important in order to get closer to understanding this community’s ways of life. On the basis of the recovered archaeological remains, researchers attempt to reconstruct how life and death was for these first cañaíllas. A different population to what exists now in Andalusia.”

“The fact that they are individual graves is very relevant,” says the director of the archaeological site, "Whereas most people were buried in mass graves at that time (the so-called megalithic burials) throughout Andalusia, the site at the hockey field is an exception, since it is the only example of a planned cemetery with individual burial sites." 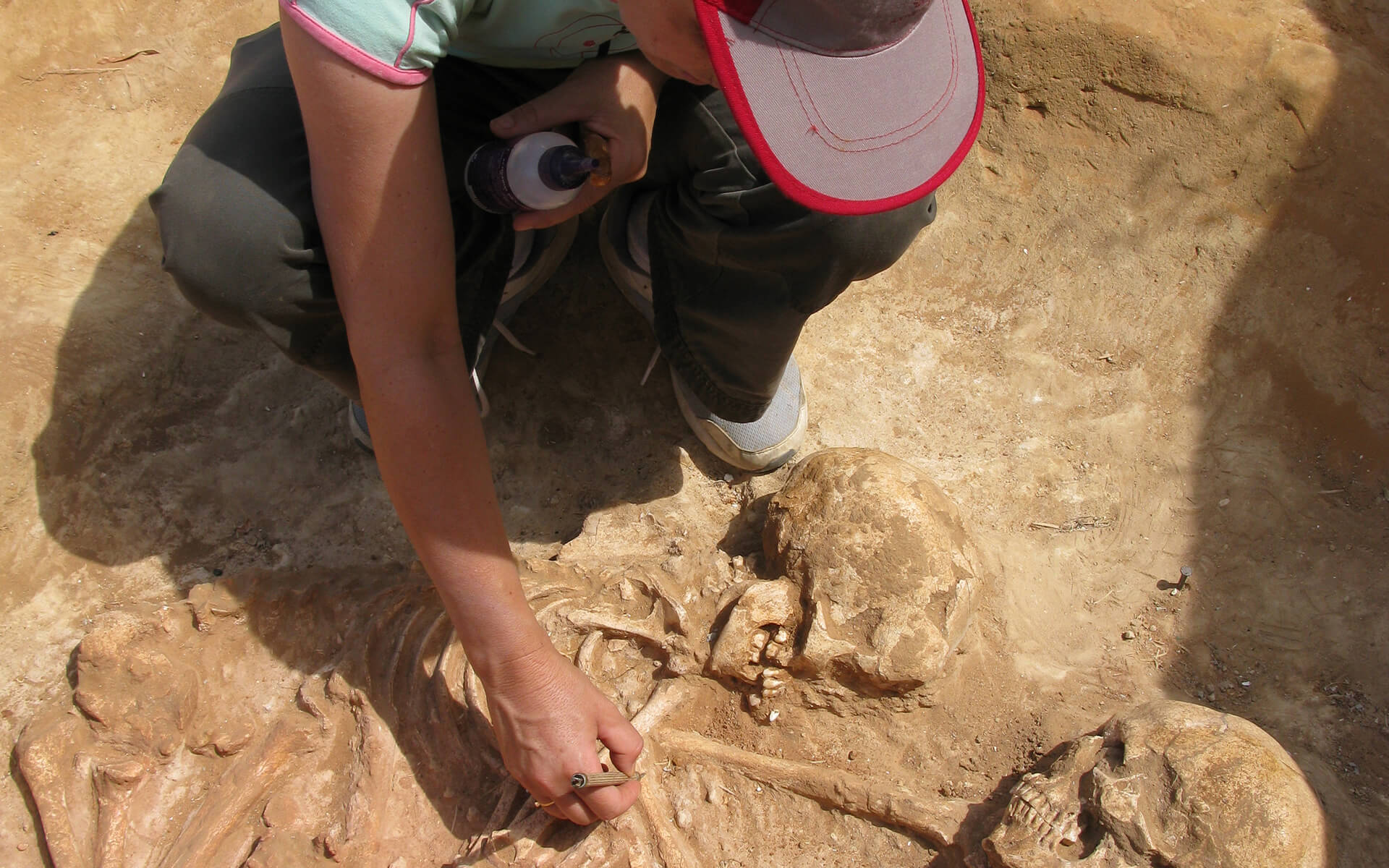 The funerary objects are quite revealing

It is very important because, among other advantages, it allows you to know which funerary objects belonged to which individual and thereby allows you to track the evidence of the social and economic inequalities between them.

The funerary objects appear in very few graves, but they are quite revealing since the presence of amber earrings, turquoise and variscite beads as well as very well-made hand axes provide evidence of long-distance trade and even navigational knowledge in order to get these exotic products to the island of San Fernando.

It is clear that they exploited their resources. A community that was dedicated to agriculture and cattle but that supplemented their diet with shellfish and fish. 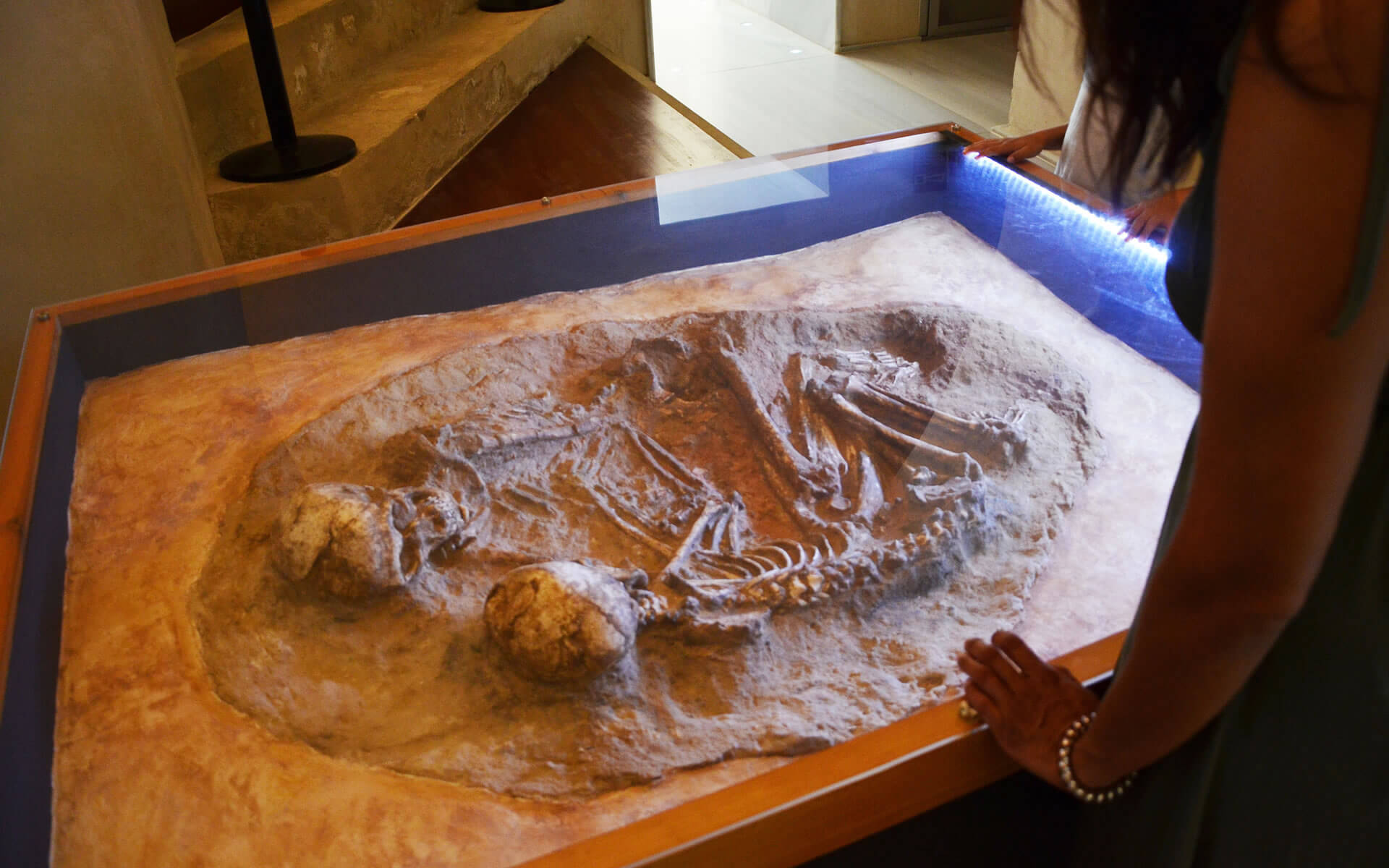 in the international media

A settlement that organized its inhabitants’ life and death because there have been documented finds of food-storing structures all the way to a perfectly organized cemetery.

Eduardo Vijande, with the support of several researchers from Spain, Germany and the United Kingdom, tries to answer these and many other questions. At the University of Cadiz there are several faculties involved.

The discovery of the embracing couple caught on in the international media, followed by several scientific publications that have supported the relevance of the archaeological site.